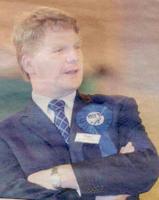 After the 2005 General Election count –as those of who were present will know- I was treated to a stream of personal abuse from the newly re-elected Lib Dem MP Adrian Sanders.

He was bitter because I had dared to criticise him during the campaign for failing to stand up for local residents against the excesses of his council colleagues in increasing their allowances, closing Upton School and raising council tax.

As far back as November 2003 the Herald Express published a letter from me in which I wrote: “As usual Adrian Sanders has ducked out when, for once, he could actually do something.

He is the de-facto leader of the local Liberal Democrats - does he back his councillors extravagance? If not will he use his position to force them to get a grip on matters and bring their reckless spending spree to an end?

For the sake of all of us I call on him to do so without further delay.”

I didn’t ask him as a political gimmick but because he really is about the only person in the Bay with enough authority and influence over the Lib Dems to bang some heads together and make common sense prevail.

But Mr Sanders consistently failed to act. The silence from him during the last two and a half years on local council controversies such as the allowances has been deafening - he never did call on Mr Harris to resign.

And now we read in Saturday’s Herald that Mr Sanders all along considered his council leader should have resigned ‘two years ago’ – around the time, in fact, that I wrote the letter quoted above.

So now I have one big question for our MP.

Why on earth didn’t you say that at the time, Mr Sanders?
2 comments:

The Lib Dems are always complaining about 'behind closed doors' politics so it's good to see them bring their inernal bickering out into the open for us all to see.

The latest classic is the major bust-up between Adrian Sanders the MP and his (soon to be ex) council leader Chirs Harris splashed all over four pages of the Herald Express this weekend.

Mr Sanders apparently thinks that Mr Harris (and he alone) is to blame for his own poor General Election result and the failure of his friend Nick Pannell in the the mayoral election last week. He says that the only reason the Lib Dems are in such a bad way is because Mr Harris 'bamboozled' his local party colleagues into accepting their big pay rise (nothing about the rate capping, the 11% tax rise, the school closures, the toilet closures, etc, etc.).

In reply the leader of the council accuses the MP of 'achieving nothing' for Torbay in his eight years in Westminster.

This comes on top of the deputy leader last week calling Mr Sanders a has-been.

Well who am I to argue?
7 comments:

Despite a fierce campaign by the Lib dems and several ex-Conservative members Nick has promoted the best vision for Torbay and now has effective control over Torbay Council's policies for the next five and a half years.

To those who say 'it's an impossible task' I say, Nick has long enough to do a decent job and I firmly believe he has the political wisdom and the team around him to turn the Authority round.

A low turnout of 24% is disappointing but reflects what many of us who were campaigning new only too well; that fourteen candidates was too many and turned what should have been an important local decision into a bit of a circus.

And to those who say they wanted a non-aligned mayor I say, wait and see -Nick is an independent minded guy who has his own mind and his own priorities.
10 comments: 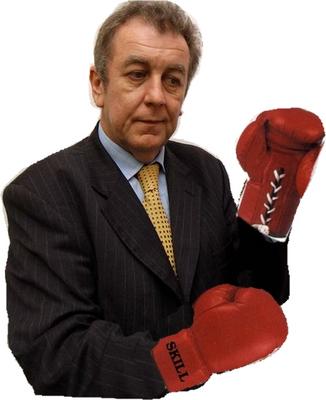 So, Is He a Political Has-been?

Following the extraordinary outburst in Wednesdays Herald Express from Lib Dem councillor and deputy leader Cllr Chris Lomas that Lib Dem MP Adrian Sanders is a political has-been we are asking the question, are his days at Westminster numbered?

How widespread is Cllr Lomas' view? Very few MP's can last very long without the support of their party in the constituency. Is Mr Lomas alone in thinking that their MP is a political chancer who will say anything to 'grab a few votes'?

Rumours flew in the lead up to the election that the troubles between Mr Sanders' supporters and the main members of the councillors group had boiled over into open warfare about Mr Sanders' position.

His poor showing in the election has frayed tempers further with each side blaming the other, many local Liberals are saying that he has become everything they despised in the previous Conservative MP's: aloof, arrogant and distant while Mr Sander's supporters blame the awful Lib Dem council and local activists for the collapse in support.

Recently there have been stories in the press about Mr Sanders sacking his long-time agent and political mentor Cllr Ruth Pentney while a string of highly bitter arguments betwen the rival camps have spilled over into the public domain.

Will Mr Sanders finally show his mettle and take on the detractors in his own party? Or will he carry on, like he usually does, hoping that his troubles will all fade away. And is there truth in the persistant rumours that he intends to hang up his gloves at the next election or is this wishful thinking of other, envious and perhaps younger political movers in his local Party? 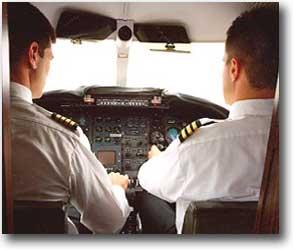 "Professionals or Amateur, who do you want in charge?"

As someone who has stood for election I have some advice to the candidates standing for Mayor.

Running for office is a balance between being attractive enough to win while not making impossible promises.

Reading through the manifestos delivered this week I was struck by the fact that most of the candidates seem blissfully unaware of this.

Half the candidates are promising to reduce car park charges, keep the streets clean and lower taxes, without specifying where they will find the money from. The manifestos are littered with promises of spending on business support, tourism, social housing and maritime events yet not one candidate is saying ‘oh, and by the way, your council tax will have to skyrocket to pay for it all…’

A third of the candidates are offering ‘zero tolerance’ policing - which is not even within the Mayors power.

Just one candidate (Conservative Nick Bye) has raised the education issue – which is easily the most important part of the new Mayors responsibilities accounting for over half the council’s budget.

The reason we are cynical about politicians is we think they promise anything to get elected and then let us down.

Let’s be honest - the Lib Dems aren’t intentionally running Torbay badly. Their problem is that they also made reckless promises in order to get elected (£100 off your council tax, remember?). How they made political hay when our administration was criticised by the Audit Commission, -too late- they found out for themselves that pleasing Mr Prescott’s office involved shutting toilets and closing schools to fund posts like an ‘ethnic diversity officer’.

To find solutions to the Bays problems means developing policies that can survive not just the Councillors, council officers, and the Trade Unions, but also Government auditors, Health and Safety, The EU Commission, John Prescott’s office and all the other New Labour ‘stakeholders’ that apparently have a right to interfere in our local affairs.

It’s going to take a very experienced political operator indeed to make the changes that they promise actually happen.

Most candidates seem to be saying ‘vote for me, I’m not a politician’ which is about as reassuring as discovering that the surgeon about to undertake your heart surgery is an unemployed gas meter man.

If I am flying on a plane, especially during a Typhoon, I want a qualified pilot in the cockpit, - don’t you?
8 comments: