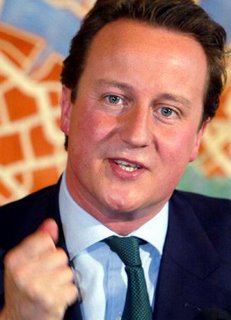 Real change? - Or is he simply playing to the press?

This is the question I get asked the most about David Cameron by our members and supporters.

Is he really changing our Party or is he merely trying to make us look and sound more moderate to keep the press on side?

The Conservative Party has always been the home of pragmatic politics. Since the days of Disreali the party has been kept in power by a survival instinct based on remaining up to date with public opinion and keeping our underlying philosphy simple.

In the 1970's the country was sliding into an abyss and the Party required a much more determined and strident set of solutions to combat trade union power and economic decline; but even under Thatcher real spending on the NHS went up, Grammar Schools were replaced by Comprehensives, major pieces of race relation and sex discrimination legislation were introduced and the level of overall tax in the economy stayed at historically high levels - hardly an extreme 'right wing' administration.

But since then the Thatcher Tories have been portrayed by our opponents as 'extremists' hell-bent on distroying the NHS and returning British society to some kind of Victorian class-ridden nightmare.

At last the Party has recognised that this parody of our politics has become the image of us that most non Tories have and are doing something about it.

Cameron has done nothing to change our basic philosophy - keep Government small.

What he has done is ruthlessly drop any policy that offers ammunition to those who would wish to mislead the public about our goals and to beef up the policies -always there but overlooked by the press and public- that stress our belief in a fair society.

A society where people have equal opportunity to make the best of the talents and abilities that they have; where we look after those for whom circumstances have made life difficult; and where we have a society that shows consideration for each other and for the environment we share.

Not new Conservatives, in fact just reminding people of long held priorities we have always had.
9 comments: 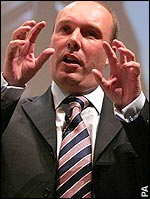 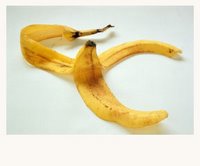 Another day, another embarrassment.


The events of the last few weeks have been a shocking series of blows to the Liberal Democrats - a political party far more at home dishing the dirt than receiving it.

Liberal Democrats are rightly embarrassed and humiliated by a string of alarming disclosures that reveal what many involved in Westminster have known for years, that the Party has just as many problems with some of it's MP's as any the other party.

Were it not for the fact that the Lib Dems have made such a meal out of the problems suffered by various Conservative MP's in the past (including Mark Oatens predecessor in Winchester and Adrian Sanders' in Torbay) their own current difficulties wouldn't amount to much beyond the personal family tragedies they involve.

But the fact is Lib Dems consistantly promoted themselves during the 1990's as being somehow not like the (mostly Conservative) MP's they were trying to replace. They endlessly criticised each and every target Conservative MP for any and every personal difficulty or salacious press story; as we know only too well in Torbay, and happily mopped up the votes on offer from an electorate who became disaffected as a result.

Well that was their choice, but Liberal Democrats need to remember the old saying - "He who lives by the sword, dies by the sword."

MP's are a cross section of society and represent in their midst all the failings and weaknesses that Mankind possesses.

Lib Dems are no better nor worse in this regard than the rest of us; maybe a few of their activists ought to remember that if future and start to fight and win votes on their policy, not on personality. 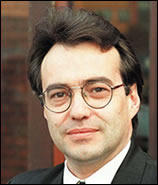 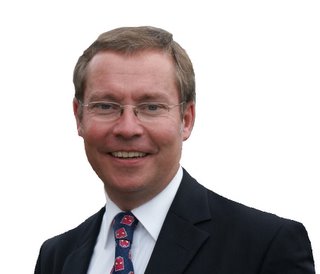 Labour to the Rescue?

I was interested to read the report in last nights Herald Express of Nick Bye and Elizabeth Raikes' trip to the House of Commons to meet the local Government minister Phil Woolas last week concerning the budget grant made by his department.

Clearly 'anything is worth a try' when the budget deficit is £9,000,000 and we have a Government more interested in piling new costs and new responsibilities onto local authorities than putting in the cash to pay for them. There is little doubt that on top of this, the Government do have an agenda to redistribute grant monies away from areas like Torbay and in favour of areas that they belive are more needy -mostly in the North- which a cynic might suggest means more help to many marginal Labour constituencies.

During the Lib Dems disastrous budget crisis of 2003/4 I can remember a very great deal of public hand-wringing about the government grant situation from our Lib Dem MP and I know that he spent a great deal of time trying to dissuade the Local Government Minister Nick Raynsford from capping the tax rise.

Again in 2005 under a Lib Dem council he spent much time and effort blaming the Government for the woes of Torbay council and pleading for more cash. Sadly he failed to achieve anything on both occasions.

However I am hoping that the Government are more likely to take Mr Bye and Mrs Raikes pleas more seriously than they were prepared to listen to Mr Sanders; for one simple reason (and it's not because Labour ministers don't like the Liberal Democrats!).

Mr Sanders' colleagues were asking for more money having awarded themselves a 65% payrise and after having wasted hundreds of thousands on madcap schemes like the toilets fiasco.
4 comments: 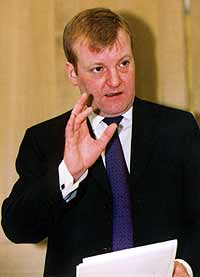 Disaster in the polls as Charlie says 'Bye Bye'.

A new poll for the Mail on Sunday has the Lib Dems shedding most of the support it has gained under Kennedy.

During the 1990's the Lib Dems had support levels in the late teens, but since Kennedy took over in 1999 their support has fairly consistantly been on or above the psychologically important 20% barrier.

But since the troubles in December began over Kennedy's leadership the Lib Dems have slumped and the latest crop show their support even lower; on 16%.

This poll, although very early, strikes me as a clear foretaste of what is to come.

I have always believed that although he is dismissed by many political activist as a bit of a lightweight, Chat Show Charlie has been a winner with the public, especially many of the less-than-engaged members of the public who have recently made up the bulk of Lib dem support.

Will the party choose someone with the same public appeal? Or will they go for someone like Menzies Campbell, a heavyweight in the studios of Newsnight and in parliament, but a big turn-off for the public at large?

I have noticed a tendancy among all the main parties to choose leaders who are in personality terms the opposite of their immediate predecessor - as indeed the Lib Dems did themselves when they put CK in after Paddy Ashdown.

On that basis, Campbell is a shoo-in.
8 comments: 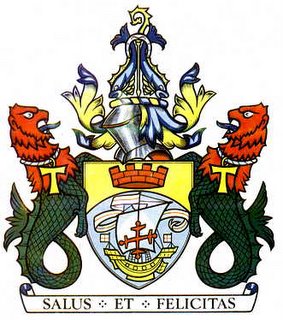 The first big test of the new Mayoral system for local Government in Torbay is upon us.

Nick Bye is the directly elected mayor and he is now responsible for putting forward a budget settlement to the Council.

In order to have his budget approved Mr Bye needs at least one third support in the council chamber.

The Liberal Democrats have more than two thirds of the seats and all the signs are so far that they intend to obstruct every move that Nick makes, it seems, just for political bloody mindedness sake.

If no agreement can be reached the Mayor would eventually have to accept Lib Dems alternative budget proposals. Being the pragmatic and wily operator that he is I expect Nick Bye is well aware of that possibility.

An unpopular budget settlement that was made by the Lib Dems and forced through council against the wishes of the newly elected and still popular Mayor would demonstrate very clearly to the Torbay electorate what I have said all along; that the Lib Dems hold the majority of the Council and are still the controlling Party and are responsible for the mess this town is in and will continue to be in for a good time yet.

Mr Bye won't face the electorate until 2011, the Lib Dems on the other hand will be judged in the local council elections next year.

They never learn, do they?