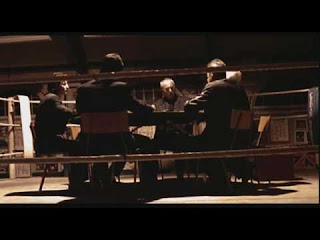 4,134 people paid their deposit and stood as Parliamentary Candidates on May 6 - which means that 3,485 suffered the same fate as I did.

Firstly, lets put this in context. Not getting elected is a bitter disappointment - but it's not a tragedy.

Millions of folk suffer and survive far harder knocks every day, indeed as I mentioned at the time some acquaintances of ours suffered a very tragic loss the day after the election and their awful pain and anguish put my selfish disappointment firmly in it's place.

Every day people fail exams, lose the sale, miss the school place, get fired, are gazumped - and not only do they recover, in the end nearly all these situations as one door closes a better one opens. Mind you standing for election has other challenges. Firstly, your disappointment becomes a very public affair. Secondly, you can't manage expectations like you can with, say, exams. You can't speculate about losing, you have spent weeks or even months publicly bigging up your chances to supporters and opponents alike - even candidates for the Raving Loony Party end up convincing themselves they are set to romp home.

It is even more difficult keeping a rational outlook while being the front-runner in a target seat. For months Torbay had been considered an nailed-on Conservative gain, the odds-on favourite. And as such I became the focus of the massed ranks of the lobbying industry keen to impress me ahead of my expected elevation to Parliament. Wads of expensive brochures arrived daily from campaign groups and companies and my email quota steadily grew to 1,000 a week. I had been invited to lavish receptions, regaled by national media, bombarded by calls from PR types keen to know my views. Even the Whips Office had given me a run-down of the likely timetable for the opening Parliamentary session. So I was not alone in mapping out my immediate future with the expectation of being an MP - unwisely I planned my business affairs on the same basis. That involved letting my London flat to tenants (as new MP's expenses rules meant I couldn't have used it for myself), gave notice to my work colleagues, closed off all client assignments and went on an extended sabbatical.

Election days are manic, frenzied affairs that start before dawn. There is a brief rest period for candidates between when the polls close at 10pm and when the counting starts. After knocking on doors right up to 9.45 that evening I went home and changed, taking in the early exit poll numbers from the BBC over a hurried drink. The house was full of friends and helpers and a small gaggle of us walked through the balmy night air along Princess Gardens and across Abbey Park and into the ERC for the count. At this point I was nervous, but still very confident - I knew from canvassing returns that our vote would be up a good deal on 2005, possibly to around 20,000 which in most seats is a winning total. I remained completely oblivious to the awful reality that was quite literally unfolding before shocked Conservative observers inside the hall.

The count runs in several stages. First the ballot boxes are opened and all the papers are counted to confirm the total number of votes cast - this figure used as a control total after the votes for each candidate have been counted. Then the ballot papers are sorted into piles by candidate and thirdly the piles for each candidate are counted. In all our election scenarios we had anticipated that the expenses scandal would impact incumbent MP's - and especially Lib Dem MP's who depend on Labour support. We thought Labour therefore would hold their 2005 figure, and Lib Dems lose votes to the Labour and the Greens - we thought our vote and UKIP would both rise, implying an increase in turnout.

I walked into the room just as the Returning Officer announced the total votes cast - it was up, but by a minuscule amount - just 64.6%. A brief look at the ashen faces of my closest supporters was the next massive clue that all was far from according to plan. It was apparent to those already there that our high profile and optimistic campaign had backfired badly. Being the favourite had meant that the more we looked like winning, the harder winning became as Labour voters responded by shifting to the Lib Dem camp.

The Party HQ decision not to allow attacks against the Liberal Democrats had made matters worse. While we were under strict Queensberry rules our local opponent was wielding a baseball bat. They promptly got stuck in to the negative stuff -that I was campaign manager for the Mayor, that I intended to be part time if elected and that I supported controversial planning proposals- all untrue but they served their purpose - galvanising support for their man in order to keep me out. What was becoming clear inside the hall was that Labours vote had just vanished and that the unthinkable had occurred, while our vote had risen as expected his vote had risen too, and by much more than mine.

What does it feel like to lose an election all your friends, your work and political colleagues and even many of your enemies thought you were nailed on to win? An election that many workers have been building up to alongside you for eight years, that they have toiled to raise the money for, bet the political farm on and expected to succeed?

There is a great scene in the film 'Lock Stock and Two Smoking Barrels' when Eddy realises he has not only lost the poker game and all his friends stake money but run up a debt of £500,000 to arch villain Hatchet Harry. That is exactly what it felt like as I looked at the growing piles of counted polling slips in the 'Sanders' tray - the stack growing unmistakably faster than the pile marked 'Wood' . The world around goes grey and your vision blurs, you feel sick, people talk to you but you don't hear them - the cold, clammy reality that you have called it completely wrong, the horrible anticipation of explaining to friends and supporters that we didn't win after all, and it's all unravelling in front of the world on live TV.

Comments like "It's still looking quite close..." soon gave way to comments like "How have they done it -again?"

In slow motion the returning officer called us to her corner to notify us of the official result - this is done before the whole thing is re-enacted on stage so that candidates can compose themselves and also to afford a last opportunity for any appeal. She avoids looking at me, a small but important final clue before the worst is confirmed by her figures.

The only nice surprise of that evening was the discovery immediately after the announcement that while I was desperately concerned about how my supporters would feel and react, their main concern was about how I was. Even my opponent, in complete contrast to the bad-tempered comments he made in 2005, was offered some kind words, he said he has lost elections and suffered disappointment too in his time so he knew how I was feeling.

Our election party was a flat affair with a string of friends and colleagues urging me not to make any public announcements about not standing again - it looked at that stage likely that we would all be doing it again in the Autumn.

I sat through the night watching scores of my friends and colleagues being anointed as Conservative MP's and feeling very sorry for myself.

The emails, post and phone calls stopped as if someone has turned off a tap. On May 5th I received 127 emails, on May 7th - eight; by May 12th it was none. In my work I spend a lot of time counselling redundant senior executives: they live on adrenaline with endless calls, meetings, emails and pressure one minute and then within hours of being ousted it's tumbleweed time.

But oddly enough that experience has been very helpful. I took my own advice and by Monday my mind had turned completely to the problem of what to do about money; and within the week I had become totally absorbed into a series of new business projects; as a result the Wood finances are now headed back into health.

I also have my private life back, and what a luxury it is to be able to complain in a restaurant, wear old jeans or not shave for a day and know that nobody cares. It is also welcome break not having to worry about what our MP gets up to as either. He can be as lazy as he likes and I won't notice.

A couple of weeks ago David Cameron and George Osbourne held a reception at Downing Street for unsuccessful Tory candidates and I met up with scores of colleagues who, like me, didn't make it. It was great to go and see the hallowed place on the inside and surreal meeting David Cameron again but this time as our Prime Minister. That is the point really, our small battle here in Torbay may have been lost but the war was won.