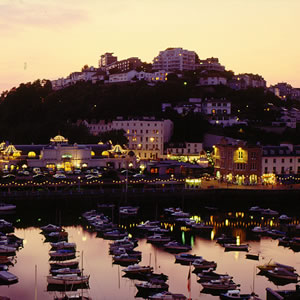 The Conservatives are launching a major new initiative to revive local politics by reaching out beyond traditional Party boundaries.

“A big part of the problem facing local Government is the lack of involvement of the kind of important local ‘movers and shakers’ that used to take pride in running our towns” said Torbay Conservative Group leader Kevin Carrol.
“There is actually a lot of common ground amongst bodies like the Civic Society, the Hoteliers, the small business community and the Chamber of Trade but the proper forum for shaping the Bays future is through the local council itself.”
“In recent years we think lots of the influence that should have been there (in the council chamber) has been put off because people have felt that being involved had to be a political act. We want to get away from that preconception”
The Conservatives have decided to try persuading leading members of the bay community to become involved in their campaign.
They are planning an ‘open evening’ at the Town Hall to unveil some of the plans they have for Torbay’s future if they are successful in winning control in local elections due next May.
“We have been working on plans for some time and we want to invite the Bays leading lights to have a look at our vision of the kind of Torbay we want to see” said Conservatives spokesman Marcus Wood “This isn’t going to be an evening about Conservative politics or free market mumbo jumbo - it’s all about what Torbay ought to look like, what kind of place we want the Bay to be to live in, work in and visit.”
The Conservatives hope that new people might be encouraged to stand as Conservative councillors if they understand what it is that a potential future Conservative controlled Council would be trying to achieve.
“We want to find locally successful people who are interested in putting something back in to the Borough. We are especially keen to attract people who wouldn’t normally consider themselves as interested in politics but are genuinely concerned about the future of our glorious Bay.”
“What we are saying is, come a long and have a look at some of the ideas we have for the future of Torbay, and if you like them, join with us.”
The evening will include a slide show presentation showing a few of the ideas to already being looked at, a short presentation to give an idea of the work undertaken by councillors and the commitment required to be one, and an open discussion forum.
It is hoped that Mayor Nick Bye and council chief executive Elizabeth Raikes will be attending.
The meeting is scheduled to take place at the Town Hall on the evening of Wednesday March 15th.
Anyone can come along but guests must pre-book their place by calling the Conservatives at the town hall on 01803 207 069.
6 comments:

Sorry seems to be the hardest word.

This is Lib Dem councillor Chris Lomas who last Thursday launched an unexpected tirade against the Herald Express.

Calling the local newspaper 'corrupt' was not only particularly ill mannered and slanderous, it was politically inept.

Everybody in politics has an axe to grind against the media - I think the local press are biased against my party; until I chat with someone from UKIP or the local Labour party and discover that they feel exactly the same!

The truth is a good newspaper wants to reflect the views it believes it's readers hold -and at the moment most people still think badly of politicians from all sides.

This latest outburst has come on top of a run of bad publicity for the local Lib Dems in which they have been heavily criticised for their behaviour towards campaigner Suzie Colley; as well as making themselves very unpopular by shunning Mayor Nick Bye's offer of a cabinet post..

Many Lib Dems are very bitter about the outcome last year of the mayoral election which meant -in effect- that they were dismissed from office barely half way through their term. But blaming the electorate and the press for your own mistakes is something the Conservative Party used to do - and look where it got us.

In fairness many of Mr Lomas' colleagues have moved to distance their group from his comments and yours truly is now wondering whether or not this man has the grace - or the intellect - to do the right thing and issue an apology.

I doubt if Brendan Hanrahan (Editor of the Herald Express) is holding his breath waiting for one though.
6 comments: 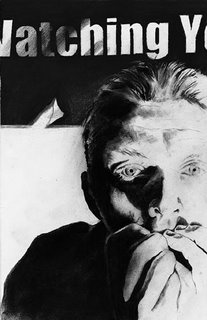 I have never been more unhappy about the way our country is going than I have been after the votes in the House of Commons recently.

In the space of just a few days we have lost the right to be free citizens -at least if you want to travel abroad, that is.

Under the ID cards bill in future you will HAVE to be registered in order to hold a passport.

So not only will it be almost impossible to carry on a day to day existence without an ID, (in spite of assurances to the contrary) it will be impossible to travel without one.

It's already a legal requirement to offer proof if identity for a daft range of activities, including instructing an estate agent or applying for a childs piggy bank account.

Add to that the rather Orwellian concept of making the 'glorification of terrorism' a criminal offence and the fact that MP's have now made a perfectly legal passtime illegal anywhere but in your own home (smoking, and no -I am not a smoker) and our legislators have clearly got themsleves into a very illiberal state.

We alre also subjected to the nonsense where Police Officers, who refuse to respond to shoplifting offences of less than £75 (as reported in some parts of London) arrested a protester in the Mall for reading out a list of the Iraq war dead.

Worst of all, we seem to have lost our liberty without complaint or protest. I just hope that an incoming Conservative Government will be prepared to give is some of these liberties back again. 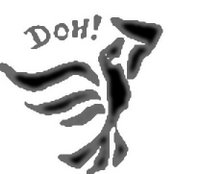 More trouble for Torbay Lib dems today as they try to defend keeping ex leader Cllr Harris on the payroll.

The local Lib Dems appear to be so desperate not to have a by election in Tormohun (Cllr Harris' ward) that they have decided to take yet more flak about him remaining in post while he in fact is living in London.

If they thought they would get away with this they were wrong.

Local campaigners have fought a high profile campaign to keep this issue in the public eye; running a campaign which culminated this week in presenting a petition to the councillors - at which point the majority of Lib Dem councillors apparently walked out.

The Liberal Democrats have treated local campaigner Susy Colley disgracefully; enraging her but also further alienating local residents, the local newspaper and many of their own supporters and donors.

This discredited bunch should learn to take note of a great piece of political advice.

IF YOU ARE ALREADY IN A HOLE, STOP DIGGING.
4 comments: