These are interesting times to be a Conservative. I have been active in politics only since 1997 so it's been one long battle against unpopularity, dispair and open hostility towards the Party whose ideals and basic principles I share.

It has also been a period when many of those principles have been unfashionable - 'political correctness' and 'nanny state' decision making designed to protect every citizen from any misfortune no matter how irresponsibly they behave or however much that misfortune has been self inflicted has been the popular order of the day.

Common accusations against the Conservative governments iof the 1980's and 1990's was that we were 'intolerant' - especially of anyone 'different' and that we were illiberal on law and order issues - all too often the accusation was not fair and contradicted by the facts. Conservatives introduced much socially liberalising legislation. Mrs Thatcher was typically Tory in her views about what Government should do to influence social and family behaviour- as little as is possible. Her view was always that the Government should try and stay out of peoples private lives and she was often surprisingly liberal minded on issues such as abortion, sexuality and marriage.

But interestingly it is the Labour Government who have turned out to be authoritarian and intolerant, imposing draconian measures against minority groups like smokers and the country sports fraternity and restricting our freedom by introducing ever more sweeping police powers , identity cards, thousands of new police cameras and suchlike.

At last the popular political tide seems to be shifting. Blairs defeat and our leadership contest are apparently unconnected events and yet one has a growing sense that they are linked - linked in some deeper way that reflects a shifting national psyche.

We have had false dawns before, but this time it is less to do with us, and a lot more to do with a deepening dislike of the direction Blair is heading.
2 comments: 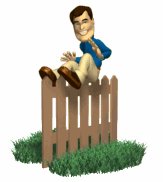 I wonder what our Lib Dem MP makes of his colleagues latest outrage?

Is he going to be as impotent and indecisive over this latest crisis as he was over the allowances, the toilet closures, the rate capping and the mayoral campaign?

I refer of course to the disgraceful decision of the Bay Liberal Democrats to shun the opportunity to create a cross-party consensus group to run Torbay, by backing out of the cabinet.

For years we Conservatives have had to listen to the Liberal Democrat MP lecturing us on the need for ‘consensus’ politics - telling us how high-minded his party are and how they don’t indulge in the ‘yah-boo’ of Party politics.

Yet here we are again faced with the truth, which is that Liberal Democrat politicians are the worst offenders of the lot - they look after themselves first, their party masters second, and their local community last.

I think local residents and voters have a right to know where our MP stands on this important issue, don't you?.

Does Adrian Sanders agree with his new local party leader that the best thing for his group is to oppose everything that new Mayor tries to do?

Does he think that Cllr Jennings is right to refuse to work with Mr Bye because –in his words – “Nick is a Conservative whether he likes it or not. He was elected under Tory party machinery”?
On the other hand, if Mr Sanders takes the same view that I do -that this is a cheap and shameful act of partisan point-scoring that will set Torbay back years; will he stand up and say so now?

Or does he intend do as he did with Cllr Harris and wait a couple of years until he is leaving town before saying anything remotely critical?

I'm not holding my breath for an answer.
4 comments:

The press, injcluding many national newspapers an item last week concerning the Electoral Reform Society’s claims that the mayoral election system used in Torbay was in their view ‘flawed’.

The ERS are a pressure group pushing for the introduction of Proportional Representation, views which are supported by just one of the major UK national parties, the Liberal Democrats. The ERS didn’t complain when the Lib Dems won in Watford using the same system in 2002 -I wonder why?

The real problem with the mayoral election in Torbay was not the system used but the fact that the public were offered a ridiculous choice of 14 candidates. Having so many candidates vying for control was a very big turn-off for the public.

This election was a spectacular demonstration of the power of individual ambition to derail a common goal if ever there was one. Because there was not even a scintilla of co-operation amongst the independents their impact was dissipated –and therefore totally ineffective.

This characteristic is repeated by independent councillors when in office, I’m afraid. Hung councils and councils run by independent groups statistically have a poor track record, delivering poorer services and higher than average taxes.

The reason party politics has evolved over the last 300 years is to give the public a clear choice of ideas at election time, and thereafter provide co-ordinated political activity which results in clear, focussed delivery.

Political parties are not -as many people claim 'machines' - we don't live in China! Our parties are voluntary associations of free-minded people who share a set of basic values. Sure, we disagree with each other on the details from time to time, but on balance we believe and demonstrate that by acting together we can achieve more than by acting alone.

In Torbay we have demonstrated very well what happens when the Party system breaks down – chaos, confusion and inertia.

What Torbay really needs is not a band of independents (who are all too often simply Party renegades or re-treads from the past) but rather some new blood inside our political Parties – credible and vibrant people prepared to fight their side of the argument to make Torbay a better place and for whom the public will be happy to place their trust and their vote.

With my colleague Nick Bye bringing his open style into local politics and (hopefully) David Cameron bringing a fresh outlook and new leadership to the Conservative party nationally I am sure that, in the Blue corner at least, things are on the move.

The Big TV Debate -Who won?

I think, on balance, that David Davis came out slightly ahead but the real winner last night was the Conservative party itself. The show was both a PR coup for the BBC (who were obviously as pleased as a tail with two dogs to have got the show) and our party who came across as bold, open, intellegent and prepared to debate and discuss topics in a way the Labour have long given up doing.

In spite of all the nay sayers talking down this contest it’s the nearest we have in the UK to a proper US style primary and gives welcome exposure to opposition politicians (and not just the leader) that otherwise passes us by.
I thought the tone was right, not confrontational but with just enough frisson between the rivals to make it watchable tv and not look rehearsed or staged.

Lastly, I would have thought that even the most committed Labour or Lib dem supporter must have watched and thought ‘we must do this at our nest leadership election’ and there can be little doubt that the Party Leaders will do open, one to one, TV debates at the next election.

What we did last night on TV, and indeed the whole of our leadership election is new, exciting and good for democracy and politics.

But by the way, I am still going to vote for David Cameron.
10 comments: