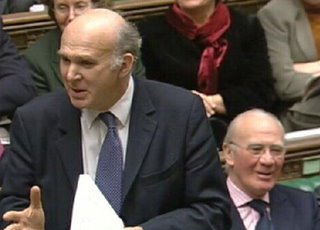 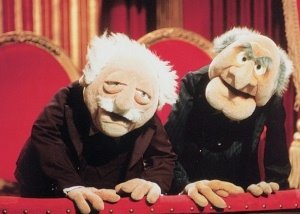 With swathes of the country facing local elections next week my thoughts have turned to the national prospects for the Lib Dems, who have been pretty invisible since they elected their leader and deputy over a month ago.

The hashed press announcement that Menzies Campbell had sold (and then, apparently, not sold) his 5.3 litre XJS was his only big foray into he public domain and it looked less than sure-footed, as PR stunts go.

In fact their poll ratings have held up remarkably well; and I think they may do quite well on Thursday. You have to admit that the relentless 'it's a two-horse race' type of leaflet campaigning that they do is effective and has been honed into a fine art.

I expect them to build on the trend of the last year, collecting quite a lot of seats from Labour, and losing some seats (and councils) to us.

But in the longer term is their support going to hold up under the new, but actually rather old, leadership?

Why not ask people who the new Lib Dem leader is, chances are they won't have a clue. He could have sealed their fate.

Your photos made me laugh. The Lib Dems look old, tired and has-beens who are out of touch.

The Lib Dems got where they are on the back of anti-Tory anger after the bad John Major years, but that is increasingly old history.

They are now a sad left-over of those times and they have chosen a leadership to match.

As a press officer for the Tory party in East Anglia you would say that wouldn't you ! But Lib Dems up to 24% in latest ICM poll - not bad after Marcus wrote off their 'flaky' support !!

No need for the ageism re Ming Campbell. Whatever else you might say, Ming Campbell doesn't alienate large swathes of our natural support/ membership in the way Cameron flip-flops all over the place in search of a positive headline and increasingly alienates the right of your party.