Letter to the Herald Express 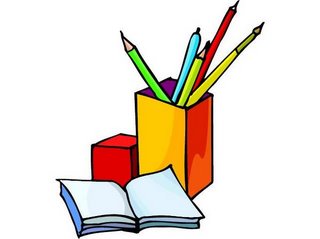 Dear Sir
One of the reasons I give my children for being honest is that in the truth will come out in the end and lies will only ever get you into trouble. This is advice I expect might resonate with MP Adrian Sanders as he reads the headlines in your paper on Thursday “MP told to reveal all over mayor”.
He was asked about his involvement in the “NO” campaign several times last year and on each and every occasion he stated categorically that this was an independent campaign in which he was not involved.
It transpires that the Torbay First scheme was apparently cooked up by Mr Sanders in his own home.
“It was devised in Adrian Sanders kitchen…. It was formed after discussions with Adrian, Party officials … and councillors including myself and Chris Harris” says Cllr Gordon Jennings. This is backed up by Lib Dem president Andrew Douglas Dunbar: "Adrian was at the first meeting I was at when it was discussed.. Adrian was brought in because it was a political story".
The story is important not because Adrian and the Lib dems opposed the mayor (we all knew that) but because it exposes the way the Lib Dems in Torbay habitually go about doing their political business.
Mounting a campaign that clearly involved the whole local party organisation and then pretending it wasn’t theirs is a deeply dodgy and fundamentally dishonest way for a political party to operate.
Mysterious businessmen who apparently used to live in the Bay but have now moved away paying for things in cash (was it in a brown paper bag, I wonder?) may be normal procedure for the Lib Dems but to the rest of us seems distinctly odd.
Faced with perfectly reasonable questions from me the response is to first refuse to answer and second attack the questioner. More worryingly, when I queried the ownership of the campaign headquarters I was even warned off by my MP with a thinly veiled threat of legal action.
Quotes like ‘what I do dislike is losing elections, thats it.’ and ‘It would have been a poor strategy to have come out on one side as there was a 50:50 chance of the referendum going either way’ reveal so much about their real political objective; - not about improving the lives of the residents of Torbay; - not about making Britain a better country, not even about fighting for Liberal principles: but simply about winning elections -at any cost.
No wonder people are disillusioned with politics.
Yours truly

Mike Treleaven has apparently resigned from fighting the Totnes seat for the Lib Dems last night because of the Torbay Liberals.

He is a decent bloke and deserved better from his so-called colleagues but it's typical of what is going on in the Orange camp in Devon, I'm afraid.

Talk in today's papers that Ming might not last as leader, either.

Typical of Tories to complain every time you lose.

Whatis wrong with campaigning to win at any cost? surely any third party has to fight harder and yes, sometimes be a bit more devious than the other parties but we have to do that because we dont have the massive amounts of cash that tories and labour have and we have an unfair electioral system to cope withas well.

It doesn't sound to me as if these campaigners have done anything illegal and so you should stop carping about it.

Tells you all you need to know about the Lib Dems, really, doesn't it?

Never mind if your campaign is misleading, questionable, dishonourable or untrue - just so long as you don't actually break the law!

I have helped Liberal Democrat campaigns (but not in Torbay) and I am apalled at the comment by anonymous above.

The trouble is many activists in the party are young people like students and the can go over the top.

Having said that the local party and particularily the MP seem to have got themselves into a terrible mess over this.

I READ THIS ON FRIDAY AND AGREED WITH EVERY WORD.