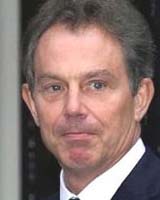 No party can hope to win an election from another without having first become the focus of popular opposition.

Although there have been a few isolated months when that has been true of the Conservatives the reality has been that for most of the period since Tony Blair came to power in 1997 that the main beneficiary of disaffection with New Labour has seemed to be the Liberal Democrats.

Partly I believe this is because they have honed their skills at opposition to a fine point, having had nearly 80 years of practice at it, but also it is because the Conservatives have been 'down for the count' and not really been in the public consciousness beyond the 30% or so who are our core support. That is why, while the Conservative vote has flatlined, Lib dem support has tended to rise each time Labour support has fallen and vice versa, on and off since the mid 1990's.

Increasing evidence now exists that that dynamic has changed for good, with a string of polls demonstrating that growing numbers of people who oppose New Labour are showing their anger by directly supporting David Cameron's Conservatives.

The local elections where one, and the aggregate by election statistics are another- and lastly the regular polls of which this is the latest and best.

This may change - I think it will be hard to sustain this level of poll lead if Labour gets a new leader, for instance, but Camerons journey to 10 Downing St has begun in earnest.

10 % LEAD, OVER WHAT, ALL THE PARTIES ARE THE SAME. THERE IS NO CHOICE.