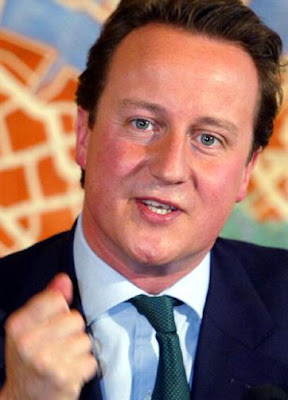 At last a senior political figure has said in public what nearly everyone I know has been saying in private for years:

There is no doubt in my mind that this proposal would do nothing but good. It would be good for youngsters for all the reasons often quoted - their self-esteem, their sense of National pride and also their sense of earning their place in society and being able to demand to be treated with respect by the rest of us. But also in my view they'll learn a lot more in 16 weeks National Service than in 16 weeks of school.

I happen to think it will also 'top and tail' education very well, especially for for the majority of young people who are not going into further education, for these people the last few months of school can feel like a waste of time; and their attention and discipline deteriorates drastically as a result.

Lastly teenagers commitment to this would go a long way to repairing the slightly tarnished image that teenagers have amongst the wider and especially the elder population.

The proposal as it stands would give 16-year-olds the option to do military service or a non-military volunteering service for sixteen weeks, for which they would be paid, with a matching sum also being donated to the charity of their choice.

We have been challenged as to how this would be funded, frankly in my view whatever it costs it would be money very well spent.

Mr Camerons idea is applaudable but only if it's compulsory.

I gather however that it will only be voluntary which suggests that those who could best do with a short sharp dose of discipline and structure will be the last people to volunteer.

I think national service is a good idea in principle and something the Labour Government should consider more seriously. National service could help develop the business and political leaders of the future, giving young people the skills and character traits necessary for leadership.

Jonathan I think having so comprehensively trashed David Camerons idea in the media Labour would look pretty foolish backtracking now.

Funny; I missed that.

Who, where, when and how? I await the definitive response, but I won't be holding my breathe.