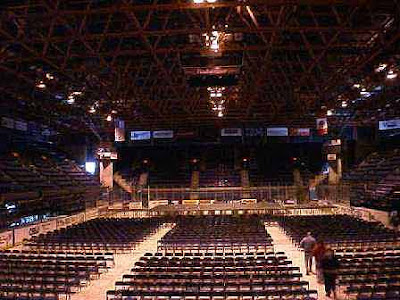 Now the parties are over -what is the net result?

As the last of the stage is dismantled and the sound systems and the lights cleared away those of us who obsess about things political are wondering what it all means.

For most of the run up to the election season the Tories were at Labours heels on about 36-39% in the polls; and the Lib dems were languishing at around 15%.

After the hype of the Labour Conference, the drama of the Conservative conference and the relatively civilised-but-forgettable performance from the Lib dems the polls have settled down...to just about exactly where they were before we started!

Don't get me wrong, I loved David Camerons speech and the delegates loved it, too. Lib Dem activists hopes that somehow Daves modernising would be stopped in it's tracks and Labour hopes of him being lynched by Tebbit & Co were always wide of the mark but perhaps they will now believe what we all knew, Cameron -win or lose- is leader for a decade or more at least.

The sad fact is the whole conference season was hijacked by the Election thing. Almost unnoticed Brown has already missed two of the much touted announcement dates (first at the Labour conference, then in the middle of our Conference last Tuesday) and the date has slipped from 25th October, back to the 1st November and now the papers are talking about Nov 8th.

I am sure the public will figure out for themselves that the whole election charade, including tea with Mrs T, the dangerous Iraq stunt, the £8bn elastoplast over Northern Rock and the Health service Review was simply an attempt to gain party advantage by destabilising the Tory Conference.

It's just the kind of puerile, schoolboy, party political game-playing that drives the public wild with rage and indignation, cheapens politics and wastes public money.

In my humble opinion will cost Brown dear, whenever the election finally does arrive.