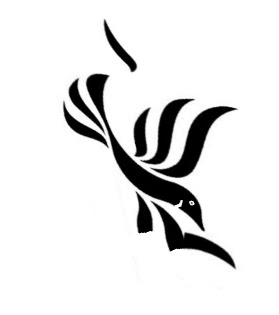 What has happened to the LibDem by election machine?
For as long as I have been active in politics the only game in town at by elections were the Lib Dems. For years and years some of our safest seats fell to them : Eastbourne, Ribble Valley, Newbury, Christchurch, Eastleigh, Littleborough, Saddleworth, Romsey; these by election defeats map out the decline of the Tory party from the heights of Thatcher to the lows of IDS; the Liberals creamed us as our more, (ahem) unpopular policies were exploited ruthlessly.

In the Blair era they made equally spectacular gains from Labour: Brent East and Leicester South, and most recently, Dunfermline; successfully switching from being the 'anyone but the Tories' choice to 'anyone but Labour'.

When they didn't actually win, you could be forgiven for thinking they had; given the fuss they made. In Bromley, for instance, they came a close second to us and claimed it as a massive 'victory'.

But lately they seem to have lost their way, Southall and Sedgefield were unremarkable results for the yellow team after coming nowhere in the London mayoral contest. And the word from Crewe and Nantwich is that they are going to be beaten into a very poor third there.

I am told by a well-placed Lib Dem source that the reason that they aren't doing well in Crewe is because activists are concentrating on the upcoming by election in Henley-On-Thames caused by the election of their MP Boris Johnson to mayor of London.

Lib Dem strategists are briefing journalists that they believe that Henley has the potential to be 'Bromley MK 11' and there is much excitement about the possibility of... coming second.

Faced with the most unpopular Government since John Major at the nadir of his fortunes the Lib dems are targeting... Henley on Thames? - the ex seat of Michael Hestletine, the Blue Blazer capital of Europe, the home of the Royal Regatta?

Why would anyone choose to deploy resources to a rock-safe Conservative seat, at a time when the Conservatives are riding high in the polls, in preference to giving Labour a good hiding in a seat they are expecting to lose?

If this strategy is real it suggests either that delusional Lib Dems are living like faded Hollywood stars, unaware that the political world has changed; or that their activists -in spite of constant assurances about 'equidistance'- are only really motivated to come out when its Tory-bashing time.

In Torbay the Lib dems are more labour than their Labour rivals. None of that 'Islington set' moderate slightly left red rose rubbish here; it's been the pure, leaded, full strength politics of envy in all it's glory. Bash the rich, slag off anyone successful or enterprising, tax the workers to bankruptcy, dish out cash willy nilly to every feckless workshy scrounger that wants to come here and then wonder why the economy goes down the pan.

Torbay under the Lib Dems has remained like a small idyll of 1970's pre-Thatcher, corporatist Britain where the unions ruled, everyone works for the state (or rather Torbay Council) on jobs-for-life packages funded by taxing everyone else 'til the pips squeek' - and if that wasn't enough the politicians got rich on bloated expenses and big fat salaries.

Running a business here has been a nightmare; thats why so few stay here - if they can relocate; they have done.

And then when we finally had the good sense to vote them out all they have done is complain about it.

An angry businessman (and women),

We are going to have to rename them from 'yellow peril' to 'orange irrelevance' after last night.