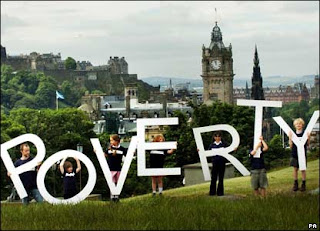 Inequality under Labour has risen to its highest level since World War II.

A report from the National Equality Panel, published today, reveals that after 13 years of Labour Government:

· We have the highest levels of income inequality since soon after the Second World War;

· We have some of the highest overall poverty rates in Europe;

· By the age children start school, there’s a gap of up to year’s development between children with two parents with paid work, and those without;

· Up to age 44, women are better qualified than men but actually earn up to a fifth less.

Families are worse off under Labour.

As George Osborne has written in The Sun today, the latest figures show that the average family is almost £900 worse off than in 2005. Under Gordon Brown, Britain has gone backwards, not forwards.

Ex-Daily Mirror Editor agrees we can’t go on like this.

The former Editor of the Daily Mirror, and lifelong Labour supporter, Mike Molloy, has said that he will vote Conservative for the first time at the forthcoming general election. He says:

‘When New Labour came to power, I was confident they would change Britain for the better. Well, we all know how wrong I was... the experiment with New Labour has ended in catastrophe and this Government has wasted money like no other in history. So I shall vote Conservative for the first time in my life.’

Not many true Labourites in Torbay. They're mainly all Libby Labby wet socialites, from Yellow peril through to tequila sunrise New Labourites.