The Economy - Just how bad could things get? 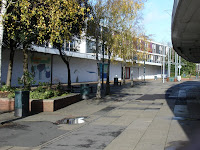 I have become very worried about the state of the UK economy. For all the talk about recession and falling house prices for much of the last fifteen years or so the British economy has been doing well and it seems that a generation of business people have grown up in a world devoid of inflation and awash with cash.

When I was starting out in business in the early 1980's the most difficult thing to find was any money at all.

In 1981 most people could only qualify for a mortgage of a maximum two and a half times earnings, you had to save with your chosen building society for at least two years to be considered for a mortgage at all, and if approved you then had to join a queue and wait for your money to become available, sometimes this could be for several months. Taking out a second mortgage to fund a business was a non-starter in those days.

A business looking for start up funding would be lucky to find a few hundred pounds from a bank or institution, the majority of what you needed you were expected to have saved up yourself or borrowed from friends and family; and unless your business was profitable pretty much from the off you could forget further funding.

The point is money was limited and investors and banks had only so much to lend or invest, and as such had to be very picky about who they lent it to. That is an economic fact that many people seem to have thought no longer applied in the modern world - aided and abetted by a Chancellor who was boasting that he had banished boom and bust from the economic climate forever.

Sadly, the frustrating yet sage advice of my bank manager in those days is all too absent from modern business; where decisions are made not by local managers with personal knowledge of your business but by computer 'scoring' designed by wizz-kids a million miles away from the front line.

In recent years there has been way too much money in circulation, years of boom (sorry, but that is what it is) mean that banks and building societies have had to take aver larger deposits from companies and individuals and then find people to lend it to (banks have to pay you interest on money you deposit immediately, leaving it sitting there is very expensive) with the result that in the business world all you have had to do is say "please" and desperate banks and investment funds have fallen over themsleves to stick cash in your business, profitable or not.

But the economic climate has radically changed. One recent startup I have been assisting was promised funding of several millions and when we all went to sign up the contract a couple of weeks ago the fund involved had withdrawn their offer - because they didn't have the money any more!

Major corporations like Somerfield and Boots have been bought on borrowed money; instead of being financed by non-repayable shares they are finded entirely on loans that may well not be renewed causing exactly the same crisis as Northern Rock suffered.

Why does this matter? Because there is the potential for hundreds of these businesses to close down, and close down very quickly. There are untold thousands -possibly millions- of people in Britain today whose jobs are dependent on companies that are deeply in debt and whose bankers may no longer have the will or the cash to keep them going.

That could bring a rapid rise in unemployment, which could feed the growing recession causing more job losses and in turn bringing more businesses into trouble and feeding the deepening recession further.

If you abolish bust then what you are left with is a boom - in my view what we have had is an unseasonally long boom that has gone on from 1995 to 2007 and I fear that what we might be faced with is a very big bust as a result.

All I remember about the last 'proper' recession was buying a flat for £87,000 and three years later having it valued at £65,000 and ending up with a mortgage on my new house that was more than the property was worth.

But in day to day terms it made no difference and it won't next time - unless you are forced to sell up.

Mind you, it's now worth three times what is was back then so it all worked out in the end for us, but we were luckier than many because I stayed in work throughout.