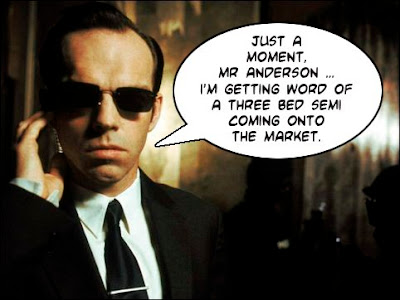 Why stop with just a 'Bad Bank'?

The underlying cause of the credit crunch is that some of the multi-billion dollar investments bought by many of the worlds banks are now thought to be either unsaleable or worthless, or both.
The net worth of the banks concerned has plummeted. And because the banks are overnight worth next to nothing their credit rating has also plummeted; which is why other banks won't lend them any money - which means that they have no money spare to lend to you and I.
And because you and I cannot borrow money house prices are falling, car sales have stalled, and furniture shops are closing.
As I understand it the proposal is for the Government to set up a bank that will buy up (at close to book price) all the ‘assets’ that careless bankers bought that have turned out to be worthless. Overnight the worthless assets aren't worthless, the unsaleable assets aren't unsaleable and hey presto! the bankrupted banks aren't bankrupt, are very credit worthy, so they can borrow a load more money and go out and do it all over again.
Why let only the bankers get off the hook? What about a 'peoples bad bank' that could buy all the assets we have bought over the years that have turned out to be worthless, like pensions funds, for instance? 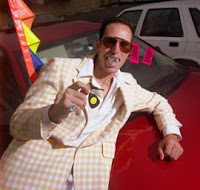 A bad car dealer would be a good move, to buy up at book price second-hand Alfa’s, Rovers, Citroens and Range Rover v8’s that people bought last year and that have also become unsaleable and worthless, perhaps that would perk up new car sales a bit?.
A bad landlord would be a good idea as well - it could buy all those completely overpriced and unsaleable ‘executive flat’ developments in Leeds and Manchester and Bristol, and then completely fail to find tenants for them.
Where would you draw the line? A Bad Sofa Bed Warehouse?
"A bad bank is the latest in a line
of very bad 'quick fix'
ideas imported from America.."
I know and fully recognise that people are scared of the potential of this economic collapse, I fully appreciate (more than many, having been there) the difficulty being faced by a recession when you run a business and even of your business failing and I know people are right to say Government must do what has to be done' to minimise the impact of this on our daily lives.
But the plain fact is that massive intervention by central banks in several previous crisis during the 1990's and early 2000's has simply deferred the economic consequences for a few years and made the eventual problem bigger and more dangerous.
If we defer the long overdue correction yet again all we will do is create an even bigger economic earthquake a few years down the line.
For the last few years the West, and the UK in particular , having been living far beyond our means while emerging countries like China and India have been living beneath theirs; and lending us the difference to keep us going.
Sooner or later, after years of massive growth in countries like China, India, Korea, Taiwan and Russia it had to happen that the world economies would rebalance in favour of the East and that is what is happening. Their living standards are going to rise very sharply in the years ahead and I am afraid that whatever the Government does, ours are going to (relatively speaking) fall.
A bad bank is the latest in a line of very bad 'quick fix' ideas imported from America, I only hope we don't do it.
The Government should be completely focussed on mitigating the effects of this correction on those affected, mainly the unemployed, and on putting the competitiveness that ten years of Labour have taken out of our economy, back into it.

I thought the Bad Bank proposal was something your George Osbourne supported?

With all respect, Marcus, you are long on what the Government should not be doing but very short on what 'your' Government would do instead?


If you don't do anything we really will have beggars on the street in a few months. Is that what you want?