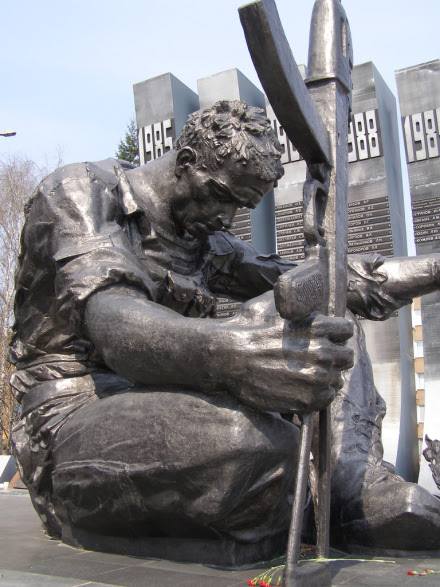 A long history of pain in Afghanistan
How many times have Imperial powers been vanquished in Afghanistan? Well the British Army was defeated twice during the Victorian era (as the first picture above illustrates).

For a simply and very well written account of the First and the Second Afghan Wars go here, (and note how depressingly familiar the problems sound to us today). It's a shocking tale of death and destruction with very little upside for the British. We invaded to impose order, unify the country, and install an Empire sympathetic Government and we ended up with a fragmented and deeply hostile tribal wasteland - and a massacre.

But in spite of this had another go at invading the country in 1921 and once again we were comprehensively beaten in battle and forced to withdraw.

Then in the 1980's Afghanistan was invaded by the Soviets - the same Red Army that we had feared invading Europe for 30 years - in a similar ill-fated attempt to impose a single Government across the whole country, this time a communist one. For ten years they suffered massive casualties and continuous military humiliation. Eventually they also had to pull out, with even more loss of life; events that so traumatised the Russian population that many people believe it was the catalyst for the downfall of the Soviet Empire. Afghanistan ended up even more inhospitable, ungovernable and lawless than before.

Various accounts and explanations have been given by the invaders of the reasons for their ultimate failure and all of them still apply. The inhospitable terrain, the lack of resources and above all the ruthless nature of the enemy.

I am a great believer in accepting that people make honest mistakes. What is unforgivable is not to learn from them. The idea that an invasion by the Americans or anyone else from the West could impose any kind of order on the Afghans was flawed from the start; Bush and Blair's crime was choosing not to learn from the lessons of history.

I do not believe that Britain is safer as a result of invading Afghanistan, the people who have attacked us have all done so since the invasion - and all of them have links with Pakistan.

What we need now is a good excuse to withdraw with what little remains of our pride intact. Then what we need to do is agree not to make any more military commitments anywhere in the world until we have equipped our forces to do the job properly.

That picture is the last stand of the 44th at Gandamack. It's heorism was futile. Rather like the stuttering Helmand "Panthers Claw" business.

The only point of your article with which I take issue Marcus is the final part. Namely the idea we should only send our troops out when properly equipped.

Historically, naturally, standing armies and there equipment are always cut during peacetime as it is an easy money saver for more popular, or pet political, projects.

As result British Armies that have taken the field from the Peninsular campaign to the present day have always done so playing catch up on the equipment front as well as watching their actual battle front.